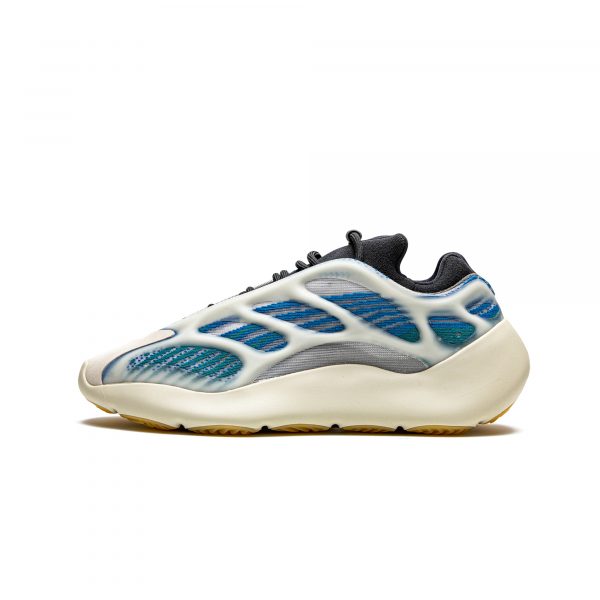 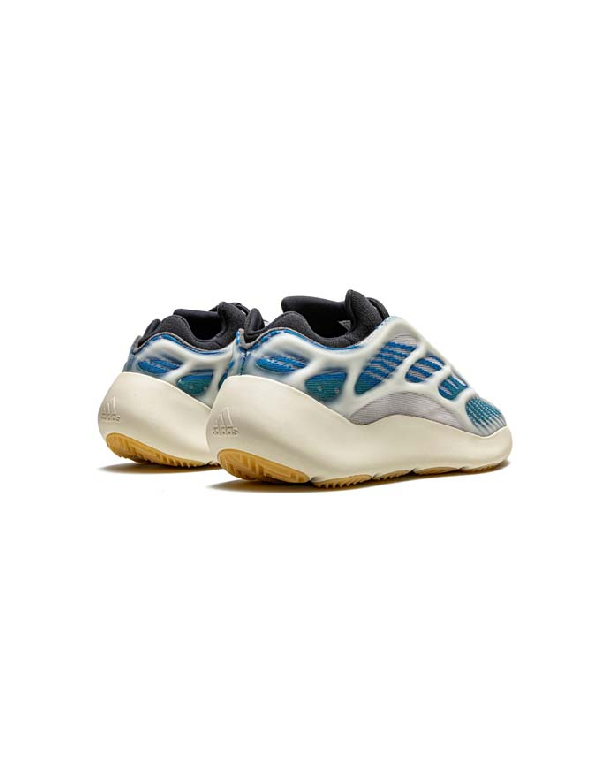 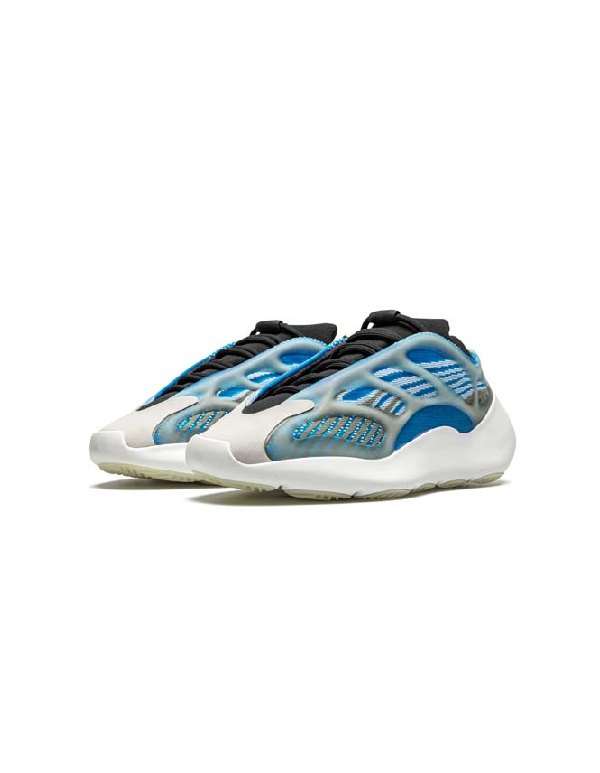 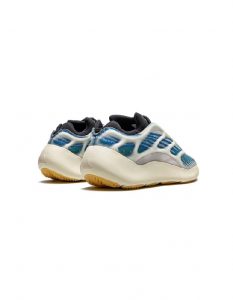 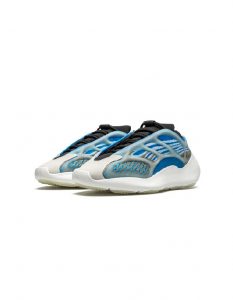 The adidas Yeezy Boost 700 V3 “Kyanite” is a March 2021 colorway of Kanye West’s evolutionary low-top silhouette. Comparing favorably to the “Azareth” colorway of the same model, the “Kyanite” also displays blue streaks in its intricately knitted upper that contrast the white fabric and the semi-translucent, glow-in-the-dark RPU overlays. Like all 700 V3s, the “Kyanite” features an EVA foam midsole that replaces the Boost cushioned version found on early iterations of the Yeezy 700 model. The aforementioned RPU cage has been added to the model for stability. A neoprene bootie-like collar provides additional support to the wearer.

Be the first to review “Yeezy 700 V3 Kyanite” Cancel reply